The integrity of the scholarly record is an essential aspect of research integrity. Every initiative and service that we have launched since our founding has been focused on documenting and clarifying the scholarly record in an open, machine-actionable and scalable form. All of this has been done to make it easier for the community to assess the trustworthiness of scholarly outputs. Now that the scholarly record itself has evolved beyond the published outputs at the end of the research process – to include both the elements of that process and its aftermath – preserving its integrity poses new challenges that we strive to meet… we are reaching out to the community to help inform these efforts.

I’m pleased to share the 2022 board election slate. Crossref’s Nominating Committee received 40 submissions from members worldwide to fill five open board seats. We maintain a balance of eight large member seats and eight small member seats. A member’s size is determined based on the membership fee tier they pay. We look at how our total revenue is generated across the membership tiers and split it down the middle. Like last year, about half of our revenue came from members in the tiers $0 - $1,650, and the other half came from members in tiers $3,900 - $50,000.

Our entire community – members, metadata users, service providers, community organizations and researchers – create and/or use DOIs in some way so making them more accessible is a worthy and overdue effort. For the first time in five years and only the second time ever, we are recommending some changes to our DOI display guidelines (the changes aren’t really for display but more on that below). We don’t take such changes lightly, because we know it means updating established workflows.

I’m delighted to say that Martin Paul Eve will be joining Crossref as a Principal R&D Developer starting in January 2023. As a Professor of Literature, Technology, and Publishing at Birkbeck, University of London- Martin has always worked on issues relating to metadata and scholarly infrastructure. In joining the Crossref R&D group, Martin can focus full-time on helping us design and build a new generation of services and tools to help the research community navigate and make sense of the scholarly record. 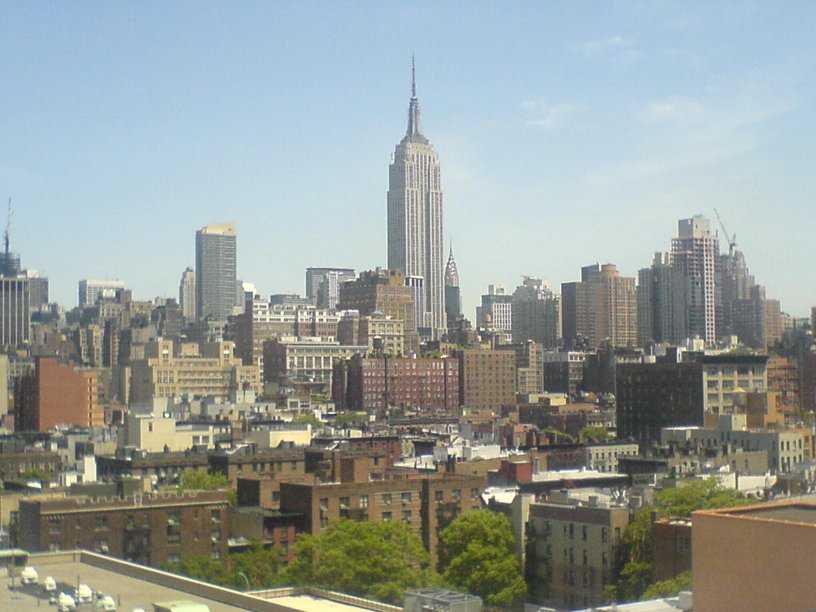 Last week we had a second face-to-face of the OAI-ORE (Open Archives Initiative – Object Reuse and Exchange) Technical Committee in New York, the meeting being hosted courtesy of Google. (Hence the snap here taken from the terrace of Google’s canteen with its gorgeous view of midtown Manhattan. And the food’s not too shabby either. ;~)

The main input to the meeting was this discussion document: Compound Information Objects: The OAI-ORE Perspective. This document we feel has now reached a level of maturity that we wanted to share with a wider audience. We invite feedback either directly at ore@openarchives.org or indirectly via yours truly.

The document attempts to describe the problem domain - that of describing a scholarly publication as an aggregation of resources on the Web - and to put that squarely into the Web architecture context. What the initiative is seeking to provide is machine descriptions of those resources and their relationships, something that we are inclining to call “resource maps” and as underpinning we are making use of the notion of “named graphs” from ongoing semantic web research. Essentially these resource maps are machine-readable descriptions of participating resources (in a scholarly object - both core resources and related resources) and the relationships between those resources, the whole set of assertions about those resources being named (i.e. having a URI as identifier) and having provenance information attached, e.g. publisher, date of publication, version information (still under discussion). It is envisaged that these compound object descriptions may be available in a variety of serializations from a published, object-specific URL (i.e. a good old-fashioned Web address) but some honest-to-goodness XML serialization is a likely to be one of the candidates. No surprises here, then.

Below is a schematic from the paper which shows the publication of a resource map (or named graph) corresponding to the compound object which logically represents a scholarly publication. For those objects of immediate interest to Crossref these would likely be identified with DOI’s although there is no restriction in OAI-ORE on the identifier to be used - other than it be a URI.

Update: For a couple posts from some other members of the ORE TC see here (Peter Murray, OhioLINK) and here (Pete Johnston, Eduserv).